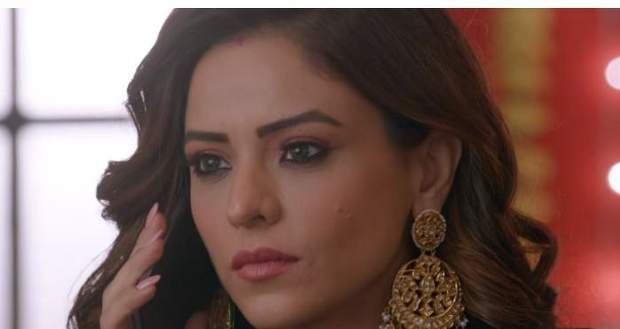 The KZK 2 7 Feb episode begins with Prerna asserting that Anurag will stop her marriage with Viraj, due to his love for Prerna. Komolika leaves after getting angry.

Veena calls up Shekhar to reach early by bus. Anurag gives his car keys to Veena and asks her to accompany Prerna to Viraj's place in his car.

Meanwhile, Komolika calls up Viraj and blames him for not being able to persuade Prerna. Viraj assures her that he will succeed in his plans.

Komolika looks at Anurag's car outside and plans to get Prerna killed on the way to the venue. On the other side, Anurag asks Prerna about the reason behind Komolika's anger.

Anurag gets the flashbacks and feels dizziness. Prerna supports him and he falls down on the shagun plate, with his tablet under the bed.

Komolika asks the car technician to make the brakes fail of the car. She worries about Anurag regaining his memory in the meanwhile.

Ronit assures her that nothing of that sort will happen and brake fail idea would kill everyone before Prerna reaches the venue.

Anurag tells Prerna that in his flashback, he is stopping her marriage to the wrong guy. He wonders how he is himself getting Prerna married to Viraj.

Komolika tries to remove the fingerprints from the car and hides after seeing Anurag.

Upcoming Kasoti Zindegi Ki (KZK 2) episode update: Prerna goes outside to bring her sandals in the car. The technician is telling someone about the brake fail, that Shekhar overhears.