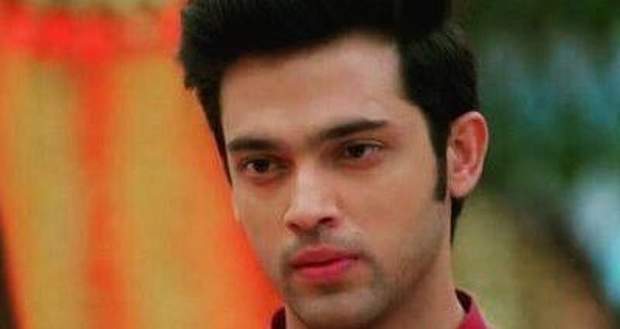 The KZK 2 6 Feb episode begins with Viraj coming to Prerna's home to give her new clothes for the engagement, that his mother has sent for her. Veena asks Viraj about the injured marks in his hands.

Viraj lies and leaves thereafter. Elsewhere, Komolika asks the maidservant whether he gave the medicine to Anurag that she told him to give. Komolika thinks that Anurag's memory shouldn't return back in any case.

Prerna is recalling her engagement memories, just then Anurag arrives. He tries to pull out her ring using a gel, but it doesn't come out.

The next day, Anurag takes gifts along with him for Prerna. Komolika confronts Mohini on lying to her about Prerna.

Dadi arrives at Prerna's home. Later, she tells Anurag about been married to Prerna.

Veena asks Dadi to meet Suman and tells Anurag that Dadi forgets often. Anurag then goes to Prerna's room to gift her an engagement dress.

Komolika reaches there and confronts Anurag for coming alone there. Anurag then leaves.

Both Komolika and Prerna prove their points regarding Anurag been there for them.