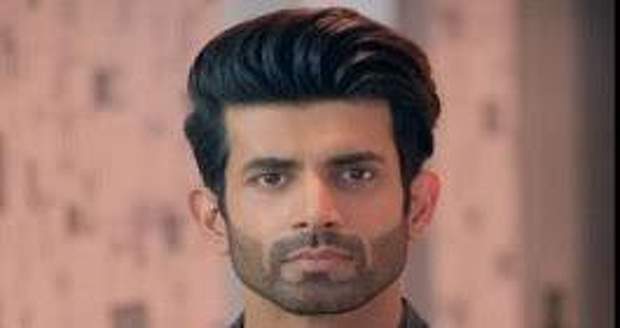 The KZK 2 5 Feb episode begins with Anupam calling on the other side of the trial room's door to Anurag, to come out of it. He gives the papers to Anurag to sign them.

Elsewhere, Mohini asks Om to show something for Nivedita. Om tells that her daughter-in-law has selected the best ring, whom Om describes as a pregnant lady.

Mohini interprets that Prerna has selected her ring along with Anurag. She gets angry and asks Anupam about Anurag.

Prerna is still in the changing room, after finding Veena outside. Her baby kicks, making her teary-eyed.

Meanwhile, Veena and Mohini are searching for Prerna and Anurag respectively. They argue with each other when Mohini defames Prerna again.

Both of them arrive outside the changing room to look for them. Anurag assures Prerna of protecting her.

Prerna comes out of the trial room, while Anurag jumps out of the room to the other side unbeknownst to others.

The doctor bumps into Anurag then, to tell him about his treatment. Anurag spots Jagga and asks Viraj to follow Jagga.

Viraj's evil side gets revealed when he asks Jagga the reason for not killing Prerna until now.

© Copyright serialsindia.com, 2018, 2019, 2020. All Rights Reserved. Unauthorized use and/or duplication of this material without written permission from serialsindia.com is strictly prohibited.
Cached Saved on: Monday 6th of February 2023 06:08:45 AM