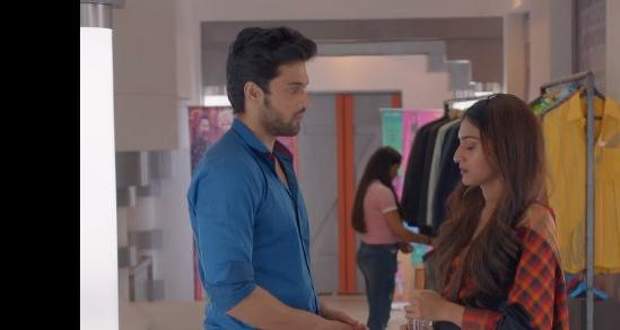 The KZK 2 4 Feb episode begins with Viraj mistaking someone as Jagga. Viraj enters the trial room without noticing Anurag and Prerna.

Anurag and Prerna talk about the engagement ring. Shivani feels happy seeing them together. She later sees Komolika and gets into an argument with her.

Elsewhere, Anurag accompanies Prerna to the jewelry shop, to select an engagement ring for her. The owner misunderstands Prerna being Mohini's daughter-in-law.

Anurag helps Prerna try a ring of his choice. Prerna recalls her engagement with Anurag in the past. On the other side, Mohini accuses Veena of using Viraj's money. Shivani defends Prerna and leaves with Veena.

Komolika calls up Anurag to know about his whereabouts. Anurag lies to her. Later on, noticing Komolika coming there, Anurag and Prerna hide together in the trial room.

Prerna tries to remove the ring, but it doesn't come out. Anurag later uses a cream to remove her ring. They further get scared when someone knocks at the door.