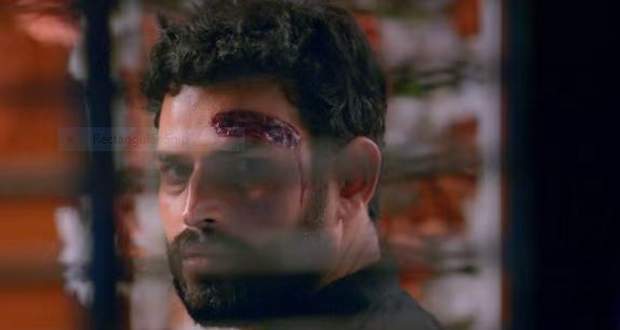 The KZK 2 31 Jan episode begins with Anurag telling Jagga that he won't tell police about him if he tells about the real culprit. Komolika gets worried in case Jagga reveals her name.

Viraj suggests calling over the police. Mohini recalls informing the police before. Anurag questionsJagga again, just then the police arrive at Basu's house.

Anurag asks police to not take Jagga along till he confesses. The police assure him that he will be arrested and will be killed in the encounter if he manages to escape on the way.

Thereafter, Anurag interrogates Jagga for the last time. Jagga points the fingers first at Komolika and later at Anurag, telling everyone that Anurag bribed him to kill Prerna.

Anurag beats up Jagga then, yet Jagga manages to escape outside from the kitchen window. The police later assure the Basu family of catching Jagga.

Komolika hugs Prerna before she leaves and warns her of the game being still on. Later, Komolika threatens Ronit with a knife for not being successful in his task. She tells Ronit that Prerna is going to be her slave soon.

The next morning, Anupam teases Anurag regarding him being concerned for Prerna. Anurag tells him about getting flashes. Komolika overhears them and thinks to give medicine to Anurag, such that he can't recall his past.

© Copyright serialsindia.com, 2018, 2019, 2020. All Rights Reserved. Unauthorized use and/or duplication of this material without written permission from serialsindia.com is strictly prohibited.
Cached Saved on: Saturday 2nd of July 2022 02:26:24 AM