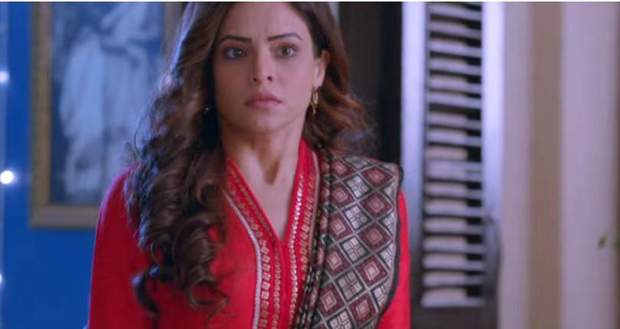 The KZK 2 29 Jan episode begins with Komolika defending herself by telling that she heard Jagga's name from Anurag. Anurag, in turn, tells that he doesn't know his name even.

Komolika tries to prove herself by making an excuse for hearing it at the spot before. Anurag tells her that he won't leave Jagga till the real culprit is caught.

Later, Prerna and Komolika mock each other. Prerna warns Komolika about her truth being revealed once Jagga regains his senses. Viraj joins them.

Viraj is excited about their marriage happening soon. Komolika lies that Prerna was talking about the same and she loves him a lot.

Elsewhere, Mohini is worried about keeping Jagga at home. Komolika comes and takes sleeping pills from her.

Komolika spikes Anurag's drinking water to make him sleep. She decides to kill Jagga with a poison. Nivedita comes and takes Komolika along with her.

On the other side, when Shivani comes to know about Komolika being the real kidnapper, she wants to tell everyone about the same. Yet, Prerna stops her. They both share an emotional moment thereafter.

Mohini wants to call up the police to know about the real culprit. Komolika manipulates Mohini against it. Komolika wishes to kill Jagga before she gets caught.

© Copyright serialsindia.com, 2018, 2019, 2020. All Rights Reserved. Unauthorized use and/or duplication of this material without written permission from serialsindia.com is strictly prohibited.
Cached Saved on: Tuesday 9th of March 2021 03:56:50 AM