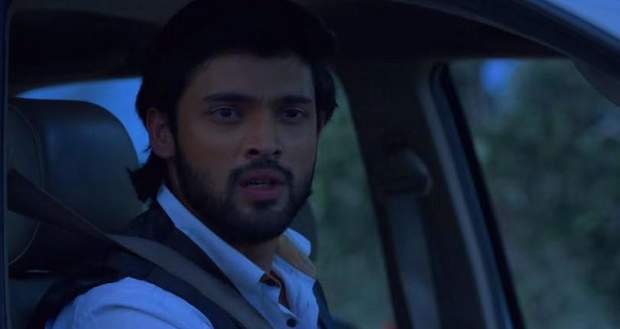 The KZK 2 27 Jan episode begins with Anurag catching hold of the goon to know about Prerna's location. The goon later reveals about the cliff. Anurag leaves thereafter.

Ronit asks Jagga to take the left route to reach the cliff. On the other side, Anurag being confused turns towards the right.

Later, Komolika wants to teach Prerna a lesson for slapping her earlier. Prerna is confident that she will be saved as Anurag will come to save her. Komolika makes fun of Prerna's emotions and asks Jagga to make Prerna stand on the edge of the cliff.

Prerna asks her to leave her unborn kid. Komolika in assertive, asks Ronit to try for some other plan.

Prerna is tied by Jagga and Ronit while the other end of the rope is attached to the car steering.  Jagga is going to throw her, just when  Anurag reaches there.  Jagga pushes Prerna from the cliff.  Ronit cuts the rope.

Anurag holds the rope and tries to pull up Prerna. Later, Viraj also joins in and thus Prerna is saved. Komolika fumes with anger. Later, she joins them to pretend as if she wants to help.

Anurag asks Viraj and Komolika to take back Prerna home and he stays back to search for the goons.

Upcoming Kasoti Zindegi Ki (KZK 2) episode update: Jagga is brought by Anurag to home, stating that he was behind Prerna's kidnapping.

© Copyright serialsindia.com, 2018, 2019, 2020. All Rights Reserved. Unauthorized use and/or duplication of this material without written permission from serialsindia.com is strictly prohibited.
Cached Saved on: Monday 26th of September 2022 08:39:27 AM