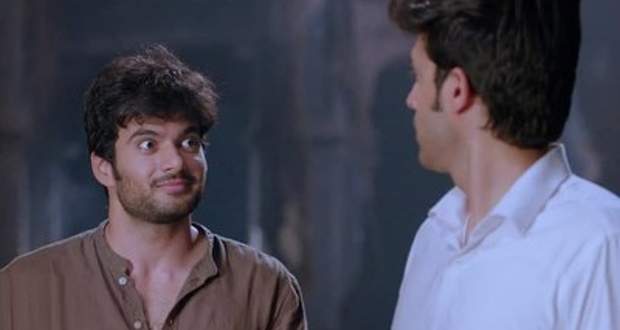 The KZK 2 21 Jan episode begins with  Ronit worried about being caught by Anurag. Anurag asks Ronit to stop.

Shivani enquires Komolika regarding Prerna's kidnap.  On the other side, Anurag decides to stop the van. The van stops after he stops his car.

Komolika is anxious about confessing the truth. She gives excuses to Shivani to not get caught.

In the meanwhile, Anurag scolds the van driver for speeding and kidnapping Prerna.  Ronit's goon had already shifted Prerna to another car, before being caught by Anurag.

Anurag being tensed reaches police station to lodge a report regarding Prerna's kidnapping. Inspector suspects the possibility of Prerna being shifted to another vehicle. Prerna on regaining consciousness throws her jewelry on the way.

In Anurag's home, Moloy is worried about Prerna being kidnapped. Mohini asks Veena to leave her house stating that she is the reason behind spoiling their mood.

Moloy scolds Mohini for her rude behavior. On the other side, Ronit and the goons reach their spot and Prerna pretends to be sleepy.

Anurag reaches home and asks about anyone having received a ransom call from the goons. Veena is too worried for Prerna, as she is pregnant. Prerna on the other side pleads Jagga to not kill her.

Virag and Shekhar accompany with Anurag to search for Prerna. Komolika is worried about her plan to not fail.

© Copyright serialsindia.com, 2018, 2019, 2020. All Rights Reserved. Unauthorized use and/or duplication of this material without written permission from serialsindia.com is strictly prohibited.
Cached Saved on: Sunday 5th of February 2023 03:28:35 AM