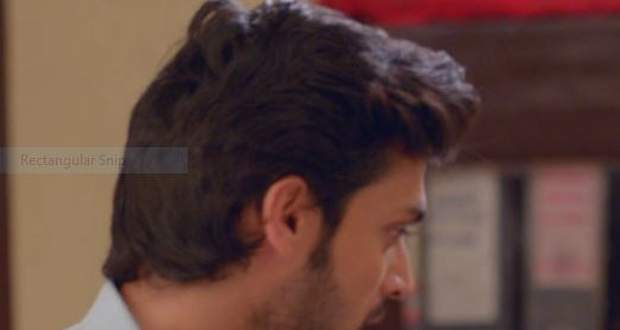 The KZK 2 18 Feb episode begins with Ronit escaping from the mechanic's house by removing her shirt. The inspector comes there and arrests the mechanic.

Anurag calls up Shivani to talk to Prerna. While the call is put on hold, Shekhar comes there and tells Prerna about the arrest of the mechanic.

Anurag on overhearing the same rushes to the police station. He tries to know about the person behind the car brake failure incident from the mechanic.

The mechanic gives him a subtle hint whom Anurag misunderstands to be Viraj. Elsewhere, Ronit informs Komolika regarding the mechanic been arrested.

Viraj is getting enraged with the fact that Komolika blackmailed him by bringing his wife in between. He gives the housemaid of Sharma house the medicine to be given to Veena two times in a day.

While Veena is feeling dizzy the next day, Viraj reaches there and offer her support. He requests her to get him married to Prerna within two days, as he needs to go to Dubai for a project after three days.

On the other side, Komolika is worried regarding her truth been revealed by the mechanic. Prerna arrives at the Basu mansion then, Komolika refuses her to enter inside the house.

© Copyright serialsindia.com, 2018, 2019, 2020. All Rights Reserved. Unauthorized use and/or duplication of this material without written permission from serialsindia.com is strictly prohibited.
Cached Saved on: Tuesday 24th of May 2022 10:37:19 AM