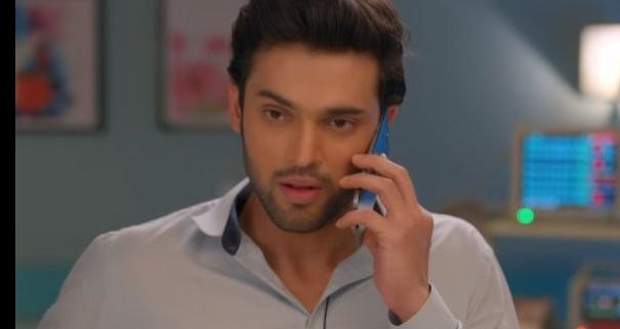 The KZK 2 14 Feb episode begins with Anurag informing Viraj and Prerna's family about her well-being. Veena while on the way to the hospital affirms that Prerna will get engaged to Viraj in front of Anurag.

Elsewhere, Anurag's family leaves for the hospital after seeing the news on t.v. Viraj after reaching the hospital meets Anurag.

He goes outside the hospital on receiving Komolika's call. Anurag follows him and feels suspicious of Viraj's intentions.

Later, the nurse tells Anurag that he can take Prerna along with him. Viraj intervenes to take her telling him to be the fiance.

Prerna stops him citing him not being engaged to her still. Anurag takes her back thus.

Thereafter, everyone reaches the Basu mansion. Veena asks Prerna to get engaged to Viraj.

Prerna refuses,  leaving everyone shocked. She shows her left-hand being injured, thus she can't wear a ring.

Later, Komolika and Prerna enter into an argument. Komolika asks Prerna to marry Viraj and stay away from her life.

Prerna takes a stand for her love for Anurag.

Upcoming Kasoti Zindegi Ki (KZK 2) episode update: Prerna tells Komolika that she faked her injuries to not get engaged to Viraj.