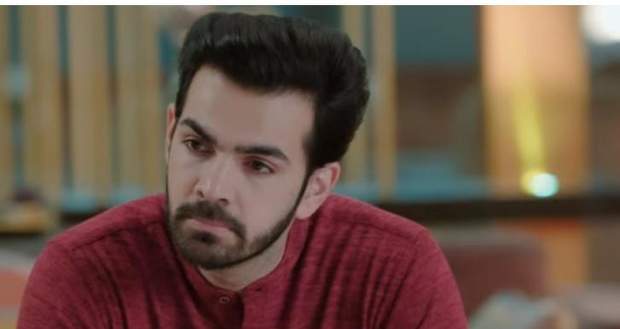 The Kahan Hum Kahan Tum 7 Feb episode begins with Rohit confronting Nishi on her misdeeds. He warns Nishi of bringing the light to her truth in front of all.

Nishi warns him about the consequences he will face thereafter. Meanwhile, the nurse calls up Rohit for Naren's deteriorating health condition.

Nishi is controlling Naren's pulse by an app on her mobile, on the other side. Later, she reveals Rohit about the same.

Rohit asks about her demands. Nishi tells him not to reveal her truth and ask Sonakshi to move out of the house.

Rohit gets shocked. He receives Sonakshi's call. Sonakshi apologizes for her mistakes.

Rohit wishes to tell Veena about Nishi's evil intentions, just then she reaches there. He drops his idea of telling Veena about the truth on seeing Nishi with her mobile.

She wants Rohit to support her when he reaches back home. He hands over the divorce papers to Sonakshi instead.

The written episode of Kahan Hum Kahan Tum upcoming update: Sonakshi reads the divorce papers and slaps Rohit for giving her divorce on the basis of infertility.

© Copyright serialsindia.com, 2018, 2019, 2020. All Rights Reserved. Unauthorized use and/or duplication of this material without written permission from serialsindia.com is strictly prohibited.
Cached Saved on: Saturday 2nd of July 2022 12:47:48 AM