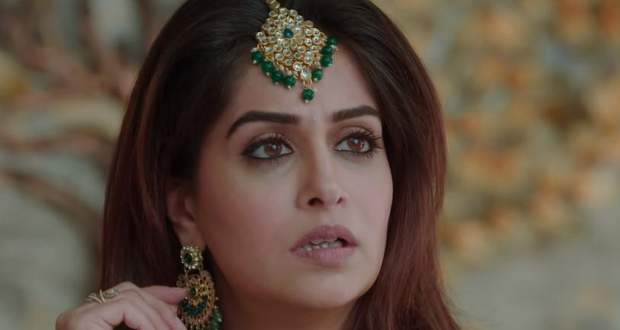 The Kahan Hum Kahan Tum 30 Jan episode begins with Sonakshi telling Rohit about his high fever. He refuses to listen and goes to his room.

Sonakshi speaks in a loud voice with Vimmi, to let Veena know about Rohit's fever. Veena asks Vimmi to offer milk to those who take relations for granted. Rohit asks for the milk.

Sonakshi rejoices with Vimmi and wishes Rohit and Veena to bond like before. Elsewhere, Viren and his family have come to Suman's house for meeting Pari. Viren asks Pari for a date, to which she agrees.

Veena is with Naren in the hospital when her friends come to meet her. While her friends are leaving, they make fun of Naren. Rohit and Nishi ask them to not talk like this.

Meanwhile, Sonakshi calls up Tulsi to know about Naren's condition. On the other side, after Veena's friends leave, Nishi consoles Rohit and instigates him against Sonakshi.

Netra comes to Rohit's cabin to invite him for the function. Rohit tells her that he will attend the auction ceremony.

While the reporter asks Sonakshi about whereabouts of her family members in the function, Rohit arrives there. He bids the highest during the auctioning of Parvati's saree and jewelry.

Sonakshi is asked by Rohit further to dress up as Parvati for her fans. While Sonakshi is getting ready, the inspector arrives there.

He shows a video clue regarding Naren's murder attempt, where he has been pushed down from his balcony by a left-handed person. He further tells that the culprit is a part of the family.

The written episode of Kahan Hum Kahan Tum upcoming update: The inspector tells Sonakshi about her signature been forged in the prenup papers.