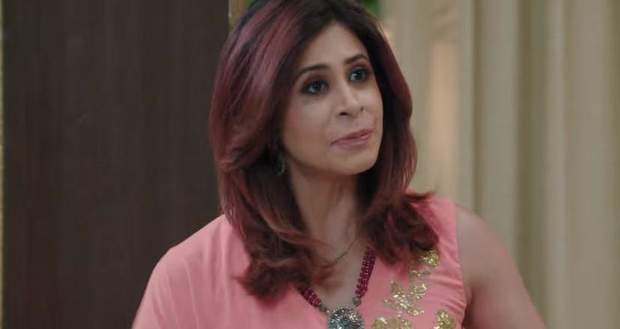 Sonakshi overhears a discussion between Akash and Deepa outside. Akash is telling Deepa that Naren can't hand over the property to Veena and Pooja only.

Akash talks about filing a legal case against Naren in case he disowns them. Sonakshi is worried about the separation of the family.

She reaches Rohit's hospital to talk about the same.  Rohit gives the reason for an emergency meeting for not talking to her at that moment.

Sonakshi somehow manages to meet Rohit again and accuses Naren of his wrong deed regarding the property. Rohit favors Naren by citing that his father is repaying for his past mistakes.

Rohit tells Sonakshi that he doesn't want to talk to her. Sonakshi wants to discuss further as it is a family matter. Rohit taunts her that she would have thought about the family before.

Sonakshi feeling hurt leaves. On the other side, Tanya warns Rohan of the repercussions he will face by giving divorce to her. Rohan in fear cuts Pari's call then.

Nishi overhears the conversation between Sonakshi and Naren regarding the share of the property. In the meanwhile, Rohit questions Sonakshi about her lies.

Nishi is confronting Naren for agreeing with Sonakshi over dividing the property into equal shares for all. She desires entire property in her name and in a rage kills Naren.

Rohit and Sonakshi rush towards Naren's room on hearing him shout while being pushed down from his balcony. Nishi is planning to save herself and get Sonakshi removed from the house.

The written episode of Kahan Hum Kahan Tum upcoming update: Veena will ask the police to question Sonakshi in accusation of Naren's murder.