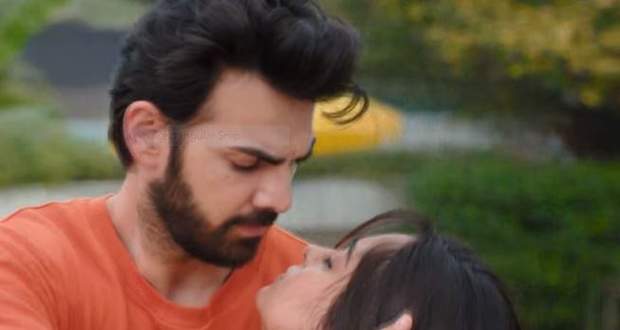 The Kahan Hum Kahan Tum 18 Feb episode begins with Nishi confronting Akash and Deepa for talking to Sonakshi. Akash tries to convince Nishi that Sonakshi is their well-wisher.

Veena calls everyone outside telling that Rastogi's has sent a gift. On opening up, they find a cactus and get mad at Rastogi's act.

Elsewhere, Rohit asks the doctor to tell Pari to meet her at a particular coffee shop. He goes there to meet Pari instead.

Sonakshi's drink is spiked at the same place by the director. She realizes about the same and embarrasses the director in front of the public there.

Rohan after knowing about Pari's pregnancy shares about it with his friend. Rohit after reaching the coffee shop looks for Pari.

He finds Sonakshi's photographs kept in a table and asks the waiter about her whereabouts. Sonakshi is going to fall down in the swimming pool, just when Rohit saves her.

Sonakshi recalls her memories with Rohit in a dizzy state and calls him, her husband.

The written episode of Kahan Hum Kahan Tum upcoming update: Suman requests Sumit to become Sonakshi's life partner, on the other side Nishi convinces Veena to search a partner for Rohit.