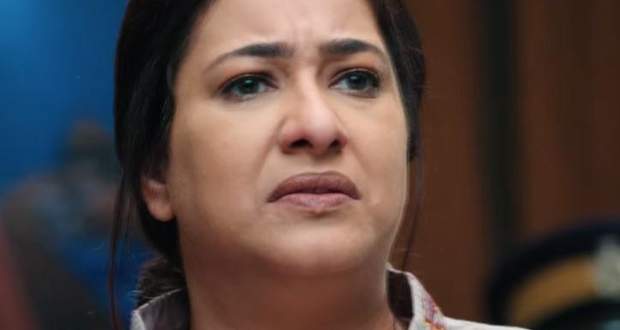 The Kahan Hum Kahan Tum 14 Feb episode begins with the man telling Sonakshi that she can earn a huge amount of money by dancing at a bachelor's party. Sonakshi refuses him at first.

Thereafter, she receives a call from the lawyer for bailing out Suman. She agrees to dance to bail out her mother.

Rohit reaches to that party along with his friends unbeknownst of Sonakshi's presence there. Sonakshi starts dancing by wearing a veil.

Both Sonakshi and Rohit get shocked seeing each other after Sonakshi removes her veil. The dance organizer after realizing that Sonakshi is Rohit's ex-wife, asks Sonakshi to leave.

Sonakshi gets defensive and tells him that she would leave after completing her performance. Rohit makes fun of her and worries about Sonakshi's financial condition at the same time.

Sonakshi is asked to leave after Rohit creates a scene there. The next day, Sonakshi worries about the amount she needs to pay to get Suman released.

Sumit reaches her house and offers his financial help. They later reach the court for Suman's hearing.

Rohit comes there and speaks against Suman. The lawyer uses Rohit's evidence in favor of Suman and thus she gets released.

Later, Sonakshi accuses Rohit of ruining Suman's case. Rohit tells her that he hates her family.