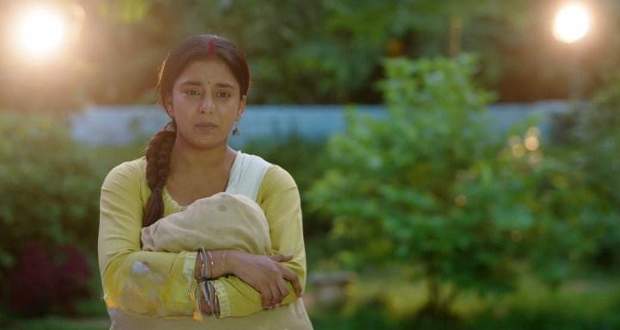 Today's Imlie 8th September 2022 episode starts with Imlie trying to call Chini at Rathore's House hoping someone will pick up.

Aryan and Sweet had a conversation already about Imlie while Chini cried in front of Aryan saying only her Imlie can make her understand things, not anyone else.

Aryan consoles a crying Chini and tells her from now on he will be taking care of her.

He goes to fetch some fresh fruits for Chini while Chini wipes her eyes and face.

Just then, there is a ring on the landline number and Chini walks toward it to pick up the call.

Meanwhile, Imlie gets worried when her phone does not get picked up after dialing so many times.

She cuts the call and thanks the old lady for lending her phone.

Imlie then walks to the corner of the road and hugs herself closely.

She looks up at the sky which is full of mist and says she feels as if something might hurl down at her if she takes one foot step toward Aryan's House.

© Copyright serialsindia.com, 2018, 2019, 2020. All Rights Reserved. Unauthorized use and/or duplication of this material without written permission from serialsindia.com is strictly prohibited.
Cached Saved on: Wednesday 1st of February 2023 09:51:49 PM