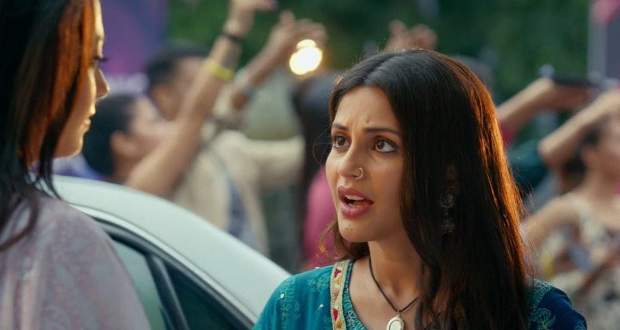 Today's Imlie 21st September 2022 episode starts with Imlie idolizing Cheeni and always having a positive regard for her elder sister.

While Cheeni is upset that Meethi Imlie is Imlie's real daughter, she has made an effort to live up to the expectations.

Cheeni is forced to take Imlie with her to the concert as Arpita won't let her go alone.Cheeni tricks Imlie into going to Atharva's concert by telling her that they are going to a temple.
Imlie excitedly says she agrees to go, but she isn't aware of the real destination.
After they reach the location, Imlie says that this doesn't look like a line outside a temple.
Cheeni guiltily looks at Imlie and tries to explain to her that she needs to live a little and stop being the idol of goodness all the time. She says that she wants Imlie to experience what every young adult should, and as Imlie just turned 18, she deserves this.
Imlie dearly loves Cheeni so she doesn't object and plays along.
However, Imlie finds the concert way too loud and completely out of her style. So, during the break, she tries to bail out and accidentally crashes with Atharva.
Will Atharva and Meethi Imlie, and Cheeni find themselves in the same situation as Aryan, Imlie, and Malini?