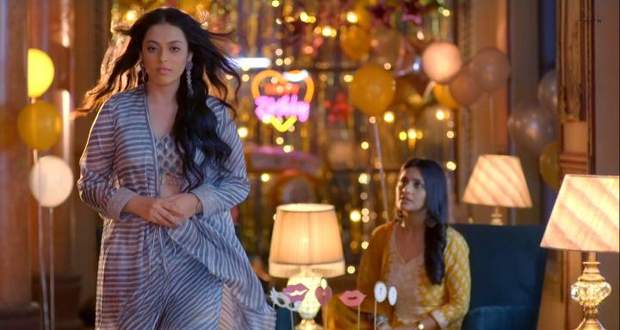 Today's Imlie 20th September 2022 episode starts with Imlie and Cheeni going together to inaugurate the temple.

However, Cheeni's mind is fixated over going to a concert after she receives the message from DJ fan club.

At Rathore House, Narmada mourns the death anniversary of both Imlie and Aryan.

However, she stills holds Imlie to be the reason of her son's death.

When Arpita and Sundar decides to celebrate Imlie's birthday, Narmada glares at them.

Imlie feels sad to see such hatred still palpable in Narmada's eyes and opens her pendant to see her parents' photo together.