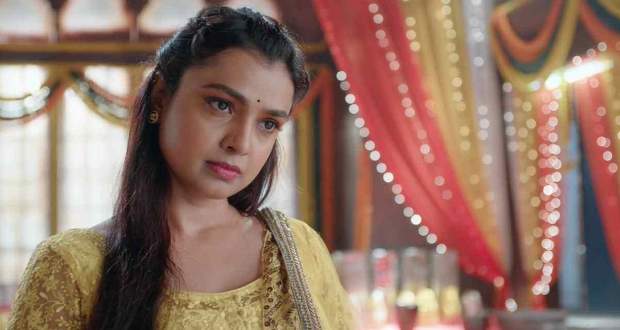 Malini loses Cheeni from her sight and gets angry.

After Malini talks with her mother, Anu, she gets an idea to fully finish the chapter of Imlie, Aryan, and Cheeni at once.

Meanwhile, after spending some special time with Aryan, Imlie strolls outside and feels her head heavy.

She gets shy when her mind replays the moments Aryan spent caressing her skin, touching her.

However, Imlie’s daydream is short-lived when she sees Cheeni run toward her.

Cheeni is breathless while Imlie asks where is she coming from.

A big smile spreads on Imlie’s face while she hugs her Cheeni back.

Just then, Aryan emerges from his room with unkempt hair.

He yawns and asks Imlie how is she in a gruffy voice.

Imlie gets flustered while Aryan’s head buzzes with the after-effects of the Sharbat he drank.

© Copyright serialsindia.com, 2018, 2019, 2020. All Rights Reserved. Unauthorized use and/or duplication of this material without written permission from serialsindia.com is strictly prohibited.
Cached Saved on: Saturday 28th of January 2023 12:13:50 PM