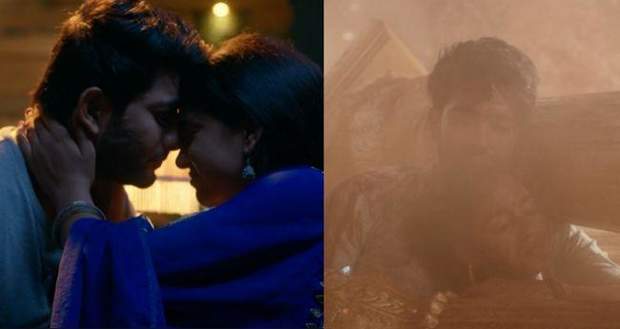 Years later when Cheeni and Meethi Imlie (Imlie and Aryan's daughter) are all grown up and coming into their own personality.
Imlie has left a video message for Meethi Imlie's birthday that she recorded before dying.
In the message she describes Meethi Imlie as a simple girl, who is always willing to help others.
With a motherly smile on her face she mentions that Meethi Imlie easily gets tricked by others' coy words.
Imlie, next talks about her other daughter Cheeni. She says that Cheeni is an intelligent girl, she completely different from Meethi Imlie.
Imlie continues her description of Cheeni saying that she sees people for who they really are and is very bold in nature. However, sometimes she forgets her limits.
At the end of the video she requests both her daughters to always stay by each other's side and take care of each other.