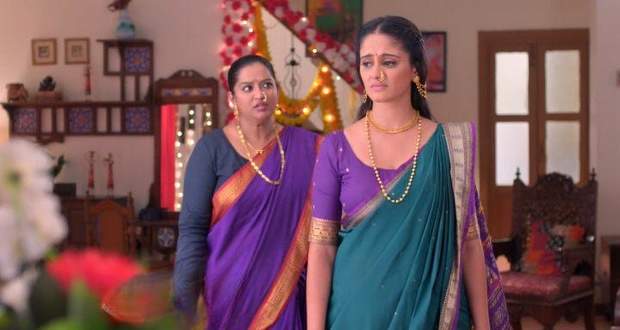 However, Virat’s mind keeps swinging between Sai’s memories and Patralekha who has stood as support for Virat and the entire Chavan House.

In the morning, Virat asks Patralekha to pause her work because he has something to say to her.

Virat and Pakhi stand in front of each other at some distance.

Virat’s eyes show care and concern for Pakhi while she stands nervous, anticipating some bad news or Virat to take Sai's name again.

Virat tells Pakhi she has done so much for him and has given so much to this relationship while Virat has done nothing.

Pakhi glances at Virat while he continues saying Pakhi never expected or wanted anything in return and selflessly kept Virat above her.

He says he could only give her an empty label of a marriage that lacks love and passion.

Virat says he couldn’t give anything to her except the burden of Sai’s memories.

However, Virat confesses he wants his relationship with Patralekha to work for real now which makes Pakhi's eyes light up.

Meanwhile, Usha questions Sai who acts as if she hates Virat but misses him every day for the last five years.

© Copyright serialsindia.com, 2018, 2019, 2020. All Rights Reserved. Unauthorized use and/or duplication of this material without written permission from serialsindia.com is strictly prohibited.
Cached Saved on: Saturday 28th of January 2023 12:42:37 PM