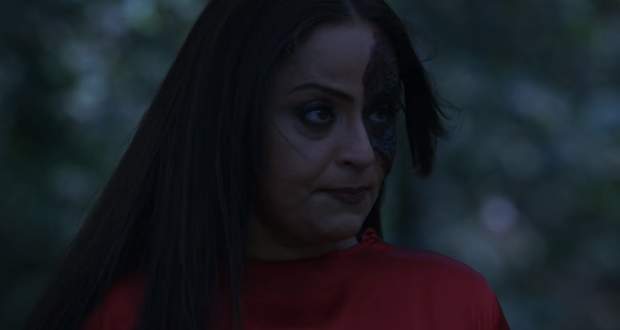 The Divya Drishti 8 Feb episode begins with Divya, Drishti, and others coming out of the house to find Laal Chakor. Mahima reveals that she hated Vidya as her father gave the Ratnas to her.

She also reveals that she joined hands with Pishachini and asks Rakshit to bring Pishachini on the bridge. She also offers to bring back Shergills from the dead.

Rakshit gets upset with her mother’s cold nature and decides to fight her. Mahima brings the bodies of dead Shergills near the bridge while Rakshit and others also reach there.

Mahima offers a bottle to bring Shergills back in exchange for Pishachini. Pishachini escapes but Laal Chakor doesn’t give the bottle to Rakshit.

Rakshit and Shikhar are shattered while Mahima asks Shikhar to bring back the Shergills. The Shergills gain their life while the Ratnas start coming out of Divya and Drishti.

The first Ratna is taken by Pishachini while the second one is snatched by Mahima. They both start fighting for the third Ratna while Rakshit wishes to save Divya and Drishti.

Pishachini and Mahima get into a battle to win the third Ratna while later a ring is formed on Drishti’s hand. The Kaal Vijay Ratna goes missing as soon as Mahima wins.