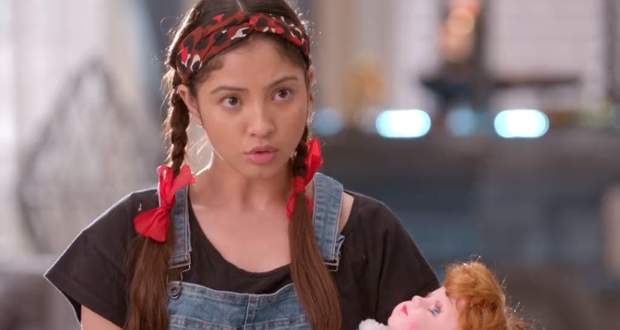 The Divya Drishti 5 Oct episode begins with Divya and Drishti finding the army of the Mritaks near the hospital looking at Patali’s window. Rakshit is suspicious of Pishachini while she tells him she is a fairy.

Pishachini returns along with Patali and asks Mahima to do their welcome in a traditional way. Meanwhile, Divya wants Drishti to do a fake boyfriend drama to make Rakshit jealous.

Rakshit asks Divya about Drishti and later follows her. Divya further disguises as Rocky and proposes Drishti. Rakshit feels a pang of sadness looking at the scene.

He asks Drishti to not marry any guy while Drishti wants him to remember their relation. Later, Pishachini sings a lullaby that makes everyone fall asleep.

Pishachini gives a Taweez to Rakshit given by Kaal Devta to control him. Rakshit is in his own dilemma but refuses to trust Pishachini.

He removes the Taweez as well while Drishti and Divya try to keep the family members awake. They go to kill Patali but fail as she is very cute.

In the morning, Patali keeps on crying and later starts floating in the air. The small baby turns into a big teenage girl who is hungry.

Later, Chetan scolds Patali for disrespecting adults. Patali gets mad at him and uses a doll in order to control and hurt him. Chetan gets severely injured while Pishachini also creates a tomb around other family members.