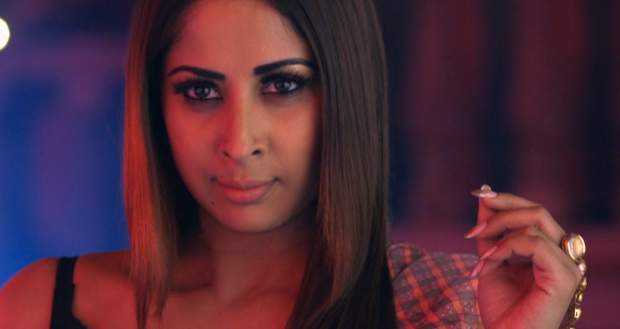 The Divya Drishti 4 Jan episode begins with Divya and Drishti getting angry and attacking Pishachini. They further know the truth about Chikki and use magic on her.

Divya and Drishti call Laal Chakor and also try to attack him. They get really angry and destroy everything in the living room. Rakshit gets really worried about the sisters.

Laal Chakor manages to escape while Divya and Drishti feel guilty for their actions. They restore everything in the living room while later Drishti wishes to go in the cave.

Divya and Drishti learn from Rahasya Tara that they need to go in the cave before full moon day. At the same time, Laal Chakor is upset with Chikki and tells them both to execute the plan.

Drishti and Rakshit share some emotional moments while Pishachini and Chikki grow a plant with red seed. In the morning, Laal Chakor spread various red seeds around the house to create fake Rakshit and Shikhar.

Real Rakshit and Shikhar get trapped in the storeroom while Divya and Drishti are shocked by Shikhar and Rakshit’s behavior.

Rakshit starts shouting at Drishti and even forgets her name. Also, Shikhar flirts with Divya and even misbehaves with her. It is all Pishachini’s executed plan to confuse Divya and Drishti.