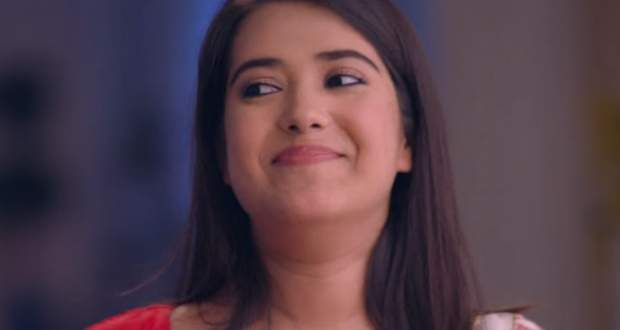 The Divya Drishti 28 Dec episode begins with Divya and Drishti going into the past to find the truth. They see the same shadow again and follow it to find a red bird.

They deduce that the fifth student of Guruji was Lal Chakor. Later, Shikhar is thankful to Divya for trusting her while Drishti doesn’t want Divya to trust anyone.

Rakshit and Mahima also share an emotional conversation. At the same time, they all hear some shouting noises and later find Pishachini all scared and injured.

Rashi is not with them while they get suspicious about Chicky. They find both of them playing chess and Rashi says she didn’t hear any noise.

Shikhar finds a red feather and shows it to Divya and Drishti. They wish to go to the cave while Mahima asks them not to.

They all decide to go after Mahima is asleep and ask Rashi to not tell her. Later, Chicky wakes up and activated Laal Chakor. She asks him to start the mission.

Rakshit, Divya, Drishti, and Shikhar try to open the cave but fail. Meanwhile, Rashi goes missing and they later find her hanging over the swimming pool.

Rakshit brings her down and they all discover that she is dead. Mahima blames Rakshit for her death while later they mourn the demise of Rashi.

Rakshit also thinks it was his fault and decides to protect his family from any further harm.

The written episode of Divya Drishti upcoming update: Drishti and Divya enter the book and go into the past while Pishachini burns the book.