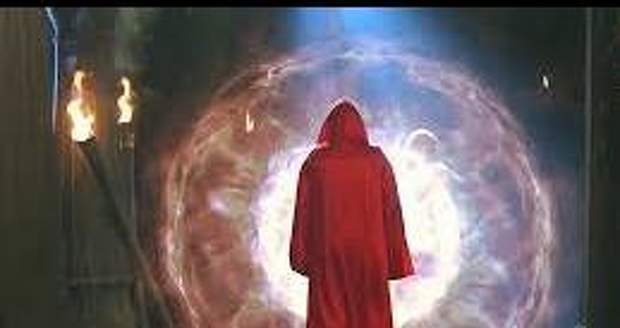 The Divya Drishti 25 Jan episode begins with Rakshit asking Pishachini to bring a doctor for Mahima. Elsewhere, Monty and Sweety are discussing a case that they need to hide from the Shergill family. Ojaswini overhears them.

Later, the family assembles in the hall when the doctor arrives. The doctor declares Mahima being dead.

Rakshit is not able to accept this truth and warns Lal Chakor to come in front of them. Divya suggests preserving Mahima's body until her last rites are not being performed.

The sisters begin their search for the real culprit by asking one by one about the time before, they hear Mahima screamed. Monty is suspected by the majority members of the house.

After some time, while Divya and Drishti are inside a room, they notice someone walking inside the house wearing a red coat. Both the sisters try to follow that person.

That person transforms into Lal Chakor and disappears from there. Mohit is kept as a captive by Rakshit. Ashlesha and Shekhar look after him.

Pishachini has lost her vision and threatens Lal Chakor. Later, Rakshit learns the news of Drishti's pregnancy by Divya.

Later, on hearing sudden music of Lal Chakor family assembles again. Shekhar goes on to check on his mother. He shatters on seeing Ashlesha dead.

Shekhar in rage tells Divya that he won't leave Monty if he is the reason behind this. Sweety tries to make the family understand that Monty can't be the culprit.

The written episode of Divya Drishti upcoming update: While Rakshit and Shekhar are digging the walls of the house, Monty comes out of it.

© Copyright serialsindia.com, 2018, 2019, 2020. All Rights Reserved. Unauthorized use and/or duplication of this material without written permission from serialsindia.com is strictly prohibited.
Cached Saved on: Tuesday 16th of August 2022 12:24:45 PM