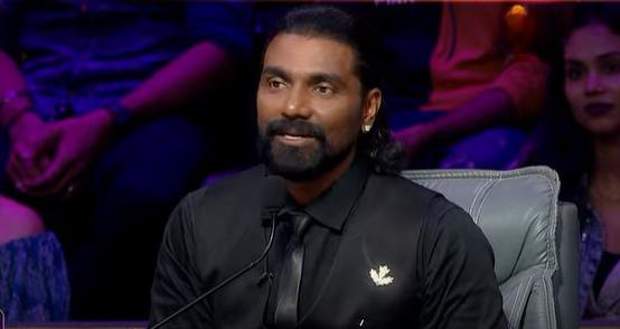 Today’s DID Super Moms 3 17 September 2022 episode starts with Jay announcing that today is a celebration of "Farewell Supermom".

Meanwhile, Supermom Alpana and Skipper Vaibhav impress the judges with their romantic performance on the Kesariya song.

After the performance, Urmila praises Vaibhav for his efforts.

Later, Supermom Varsha and Skipper Vartika give an outstanding performance on the A Jane Ja song.

As soon as the performance ends, Varsha informs everyone that she will miss Vartika a lot.

Further, all the Supermoms come to the stage to give "Guru Dakshina" to their Skippers.

Vaibhav then announces that he wants to fulfill every Supermom’s dream.

As soon as the performance ends, Bhagyashree informs Riddhi that her performance has reminded her of her own in-laws.

Meanwhile, Supermom Sadhna and Skipper Bharat give an aerial dance that stuns the judges.

After the performance, Sadhna’s daughter graces the stage and states that Sadhna is an amazing mother.

Later, Supermom Anila and Skipper Shweta impress everyone with their Lavni dance on the 'Pinga' song and get a golden buzzer.

In the meantime, Jay asks the judges to come to the stage to perform Lavni.

Later the judges throw a farewell party to Supermoms to celebrate their dance journey.

Afterward, Supermom Sadika and Skipper Vivek give an amazing performance and get the golden buzzer for it.

Zee TV’s reality show DID Super Moms is nearing the grand finale and has reached the Semi-Finale week in which the top 5 Supermoms will be selected as the DIDSM finalists.

This week, the supermoms will entertain the audience with their excellent performances with their choreographers.

One of the recent promos for season 3 DID Super Mom (17-09-2022) for this weekend shows the Supermom Sadhana Mishra doing an aerial act with her choreographer Bharat which leaves the judges awestruck at how beautifully she executed the performance.

As soon as the performance ends, Remo praises Sadhana for performing aerial without harness support.

One of the other promos for DID Super Moms (17 September 2022) shows Supermom Alpana and Skipper Vaibhav who deliver a marvelous dance performance surprising everyone.

© Copyright serialsindia.com, 2018, 2019, 2020. All Rights Reserved. Unauthorized use and/or duplication of this material without written permission from serialsindia.com is strictly prohibited.
Cached Saved on: Wednesday 1st of February 2023 06:39:38 PM