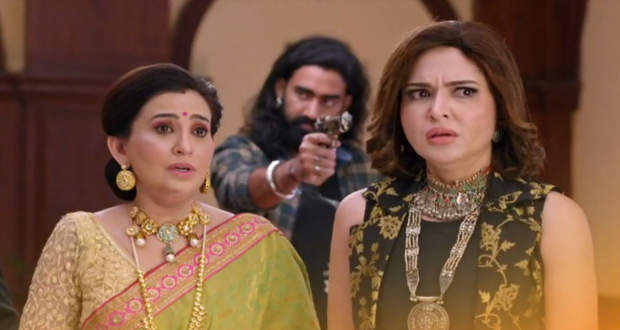 Today's Bhagya Lakshmi 21st September 2022 episode starts with the ACP taking a mike from his colleague and announcing that they are here with Munish’s three friends.

Afterward, the ACP orders the soldiers to stand in line with their guns ready.

While the soldiers take their positions, the ACP tells his teammate that they will finish the terror with terror and violence.

Meanwhile, Munish gets happy after hearing the ACP’s words and orders his friends to get ready to leave.

Seeing Munish leaving, everyone inside the courtroom breathes a sigh of relief.

However, Munish turns and announces that he will give them a present.

Everyone looks at Munish with shock, and he reveals that he will kill Lakshmi and Rishi.

As expected, Rishi starts begging for Lakshmi’s life by offering his life.

In the meantime, Munish pulls out the trigger while everyone looks at Rishi and Lakshmi with shock.

Is Rishi or Lakhsmi shot by Munish or has Munish fired the gun in the air?