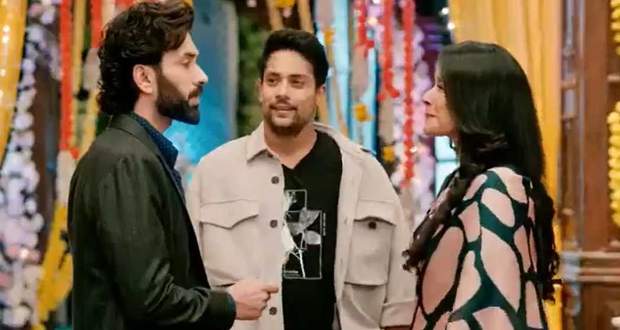 Today's Bade Ache Lagte Hain 2 6th September 2022 episode starts with Pihu greeting everyone good morning where Ram and Priya fight with each other.

Already emotional, Priya ducks down to Pihu’s height and says she has some important work to be done so she will have to leave.

However, Pihu can stay with Mr. Khadoos as he will take good care of her.

Pihu gets sad and tells Priya she and her are partners, so Pihu also wants Ms. Sood along with Mr. Khadoos.

Nandini watches Priya with disgust while Ram’s attention is grabbed by Pihu talking with Priya.

As a final goodbye, Priya tells Pihu that her Mumma has to go for some important work while Pihu can enjoy herself with Mr. Khadoos.

Priya hides her tears while Ram holds Pihu's fingers and leads her out of Priya's sight.

At Sood House, Priya arrives with tears streaming down her face.

In the afternoon, Meera gets panicked and informs Priya that the Kapoors have left for some place, taking Pihu along with them.

Hearing this, Priya says she can’t let them take away Pihu from her and will do anything to find her.