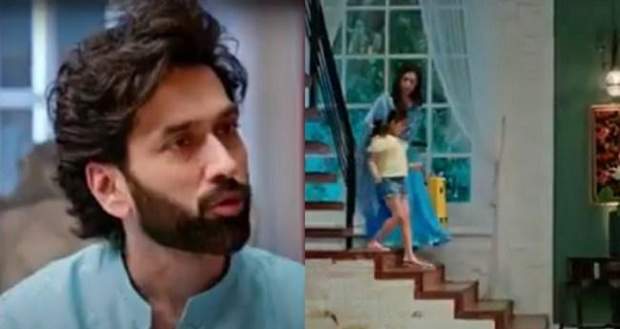 She feels guilty about what she is doing, as she had already kept Pihu away from her father for the first five years of her life.

Even now, because of the fear of her daughter being taken away from her, she is taking Ram's daughter away from him one more time.

In her heart, Priya promises herself that she will bring Pihu back once she makes sure that they will never be separated from each other.

On the other hand, Ram is overwhelmed and slightly nervous about both; telling Pihu that he is her father and surprising Priya with the family trip.

Meanwhile, Nandini, Shubham, and Vedika are proud of their plan and fine execution.

As Priya and Pihu are at the doorstep of the house, hiding from Ram, she overhears his plan for the surprise trip.

However, she perceives them as bad news. She thinks that Ram wants to go on a trip with Pihu leaving her behind.

Will Ram have to stay away from his daughter once again or will Priya finally realize that it was Nandini, Vedika, and Shubham's plan all along?

© Copyright serialsindia.com, 2018, 2019, 2020. All Rights Reserved. Unauthorized use and/or duplication of this material without written permission from serialsindia.com is strictly prohibited.
Cached Saved on: Saturday 28th of January 2023 12:41:59 PM