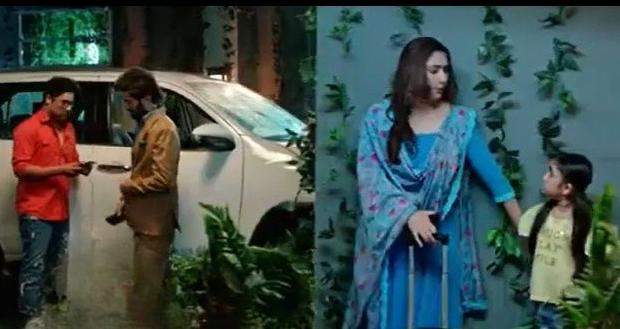 Today's Bade Ache Lagte Hain 2 16th September 2022 episode starts with Priya being over-defensive at every statement that Ram makes about Pihu's well being.

She continuously points out that she has never let even a single scratch harm Pihu and says that she took good care of her and that she understands Pihu better than anyone.

She has accepted the fact that Ram is going to separate her daughter from her by proving in the court that she is an incompetent mother.

Priya is now more worried about her daughter staying by her side than Pihu's right to know who her father is.

Meanwhile, Ram is excited about his surprise gift to Priya which is a family trip to Switzerland.

Afterwards, when Priya is ready to runaway with Pihu, she tells her that they are going on an adventure as they always do.

Pihu asks can her Mr.Khadus can also join them.

Priya answers by saying that he can, but this adventure is like the game of hide and seek, we will hide and Mr. Khadus will come and find them.

However, when Pihu asks, but what if he is unable to find them, Priya is at loss of words.

© Copyright serialsindia.com, 2018, 2019, 2020. All Rights Reserved. Unauthorized use and/or duplication of this material without written permission from serialsindia.com is strictly prohibited.
Cached Saved on: Wednesday 1st of February 2023 08:59:36 PM