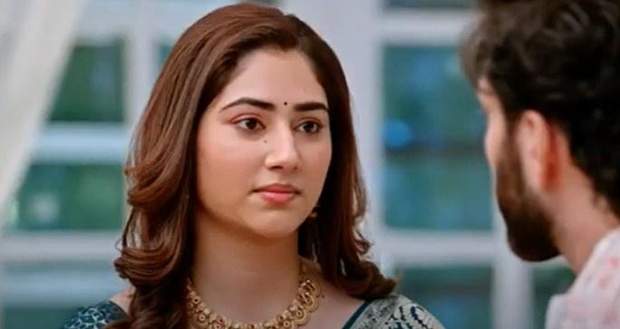 Pihu tries to seek Ram's attention by innocently commenting on the modak when he is about to turn towards Vedika.

Nadini, Vedika, and Shubham with a malicious smile first mislead Priya through Sandy when he gives her the office files.

She finds the lawyer's card and Shubham says it's for Ram saying Ram has asked for the contact for a long time.

When they see Ram approaching they pretend to discuss the card, saying Vedika found it on the floor.

The misunderstandings in Ram's mind change into trust in Priya.

When she asks how he wants to tell Pihu that he is her father, Priya also makes an effort to involve him in the decisions about Pihu's education.

After their conversation, Ram's faith in Priya is restored and even increases.

Meanwhile, where Ram is in a jolly mood, Sandy delivers the bad news that the Kapoors might be hiring a custody lawyer.

Priya's misunderstandings turn into doubts and she calls the one person who will always help her, Krish.

Krish offers an easy way out to Priya to take Pihu away while Nandini and Vedika listen to this conversation and begin their celebrations early.