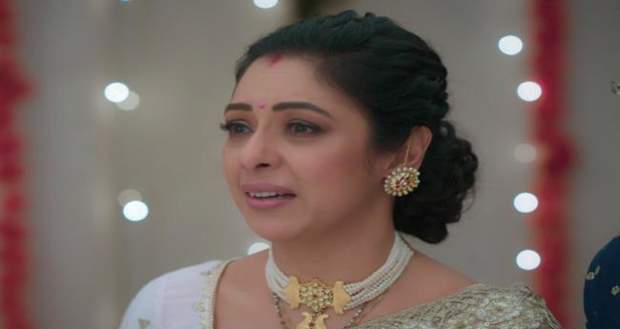 He warns her that she is the reason that his family broke apart, she has to be the reason to patch it back up.

Later, Anupama feeling emotionally weak is sitting alone crying to herself as she recalls Toshu as a small boy, his entire childhood plays in front of her eyes.
In her mind the memory of Toshu threatening her keeps repeating on a loop and she finds it difficult to accept.
Anupama feels guilty thinking that she did not imbibe moral values in her son. At the same time, she misses Paritosh and wishes this would have never happened.
Anuj finds her teary eyed and tells her that what she did was the right thing to do. He reassures that had she covered Toshu's mistake he would have kept repeating the same mistake again and again.
Anuj consoles Anupama and gets her to calm down.