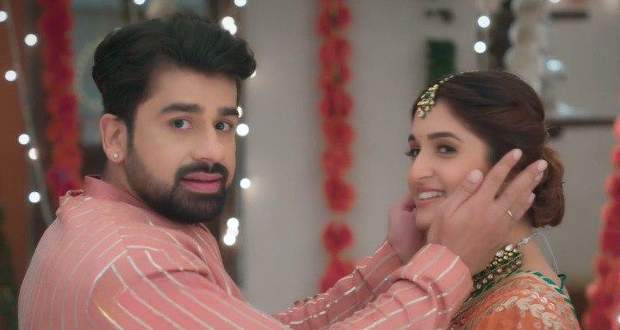 Paritosh defends himself by saying that what he did meant nothing to him. The whole family is shocked by this revelation.

When Vanraj hears what his son did, he is enraged. In an act of rage, he grabs Toshu by his collar.
Vanraj says that his and Anupama's marriage was arranged and yet he was faithful for many years.
Paritosh looks at Vanraj with drawn temples and tries to get out of his hold.
He further questions Paritosh that if he married Kinjal because he loved her then would he cheat on her.
Meanwhile, everyone in the family shares the same expression of disgust and shock.
Paritosh's reaction or lack thereof annoys Vanraj furthermore and he slaps Paritosh.