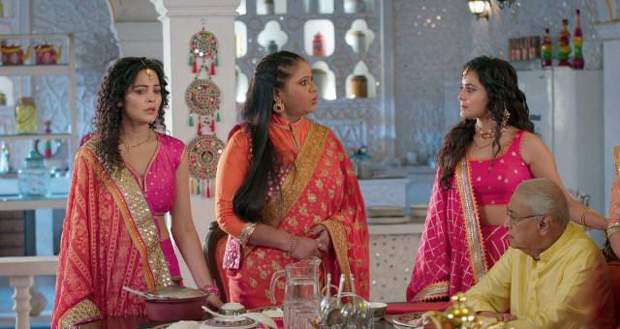 In the upcoming episodes of Yeh Rishtey H Pyaar Ke serial, Mishti and Kuhu will get drunk with Bhaang as they will eat the Gol Gappas filled with Bhaang water.

Up until now in YRHPK story, Mishti fell down near the fire while Kuhu was blamed by Meenakshi for her fall. Kuhu got upset while Mishti didn’t defend her.

Now as per the latest gossip news of Yeh Rishtey Hain Pyaar K serial, Abir and Kunal will make a plan to reunite Kuhu and Mishti and will organize a Gol Gappa eating competition.

Further, Mishti and Kuhu will eat the Gol Gappas containing Bhaang and will get drunk. They will also make fun of Meenakshi by calling her dragon Saas according to the spoiler updates of Yeh Rishtey Hai Pyaar Ke serial.