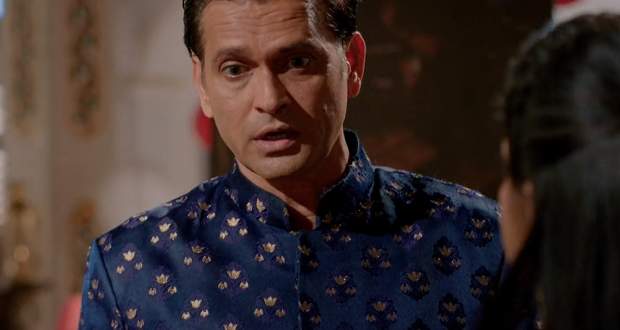 In the upcoming episodes of Yeh Rishtey H Pyaar Ke serial, Mehul will get trapped in Abir’s plan and will himself reveal his whole truth.

Up until now in YRHPK story, Abir and Mishti got engaged while later Abir had to rush to Rajvansh house with Kunal to save their mother. Meanwhile, Mehul is threatening to kill Meenakshi and is planning to manipulate Abir.

Now as per the latest gossip news of Yeh Rishtey Hain Pyaar K serial, Abir will get suspicious and will make a plan to trap Mehul. He will want to sign a contrite stating they don’t need Meenakshi’s property.

He will further drive aggressively that will entice Mehul even more. Mehul will himself reveal his truth and will admit his crimes.

Abir will put him behind the bars and will reunite with his family. Later, Meenakshi will reveal Abir and Mishti’s wedding card and will wish to give the first card in the temple.

© Copyright serialsindia.com, 2018, 2019, 2020. All Rights Reserved. Unauthorized use and/or duplication of this material without written permission from serialsindia.com is strictly prohibited.
Cached Saved on: Monday 6th of February 2023 06:23:14 AM