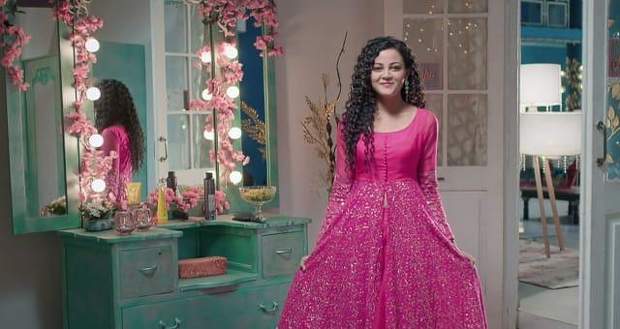 In the upcoming episodes of Yeh Rishtey H Pyaar Ke serial, Kuhu will soon reveal everything in front of the Maheshwari family about her relationship with Kunal.

Up until now in YRHPK story, Mishti and Abir are all set to get married while there is a lot of tension going on in Kuhu’s life. She has developed negative feelings for Mishti after she left Nishant.

Also, Mishti accidentally reveals about her divorce and Kuhu slaps her.

Now as per the latest gossip news of Yeh Rishtey Hain Pyaar K serial, Kuhu will show her emotional outbursts and will reveal everything to her family.

She will state that her marriage was fake from day one and that it was all to stop Mishti from getting married to Abir. Further, she will criticize Mishti of always spoiling her life.

Mishti will then be forced to not marry Abir until everything becomes alright in Kuhu’s life according to the spoiler updates of Yeh Rishtey Hai Pyaar Ke serial.

© Copyright serialsindia.com, 2018, 2019, 2020. All Rights Reserved. Unauthorized use and/or duplication of this material without written permission from serialsindia.com is strictly prohibited.
Cached Saved on: Tuesday 29th of November 2022 10:42:26 PM