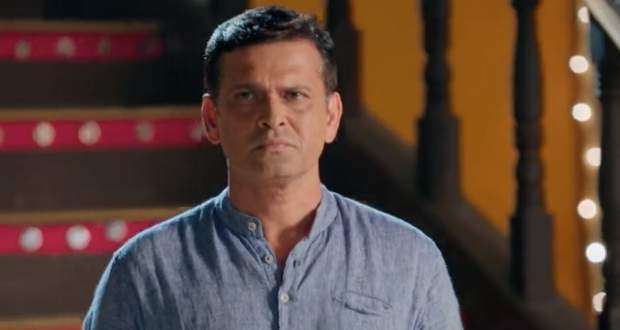 In the upcoming episodes of Yeh Rishtey H Pyaar Ke serial, Mehul will soon be attacked by some villagers and Abir will rush to save his father.

Up until now in YRHPK story, Abir decided to leave the house but was later stopped by Mishti who introduced him to his father, Mehul.

Meenakshi was not happy with Mehul’s arrival but was compelled to let him stay for Abir. Meanwhile, Kuhu is trying to bring happiness to the Rajvansh family by planning a birthday party for Abir.

Now as per the latest gossip news of Yeh Rishtey Hain Pyaar K serial, Kuhu’s birthday party for Abir will be full of music and dance.

However, some villagers will come to Rajvansh house and will start beating Mehul. They will have some personal grudge against him and will not be happy with his arrival.

Later, Abir will save his father from the villager’s rage and will take a stand for his father according to the spoiler updates of Yeh Rishtey Hai Pyaar Ke serial.

© Copyright serialsindia.com, 2018, 2019, 2020. All Rights Reserved. Unauthorized use and/or duplication of this material without written permission from serialsindia.com is strictly prohibited.
Cached Saved on: Monday 6th of February 2023 05:52:12 AM