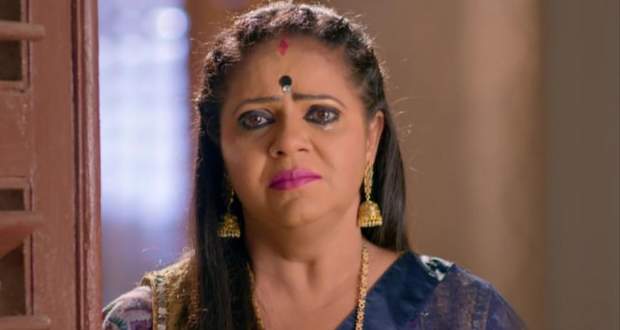 Yeh Rishtey Hain Pyaar Ke Spoiler: Meenakshi to breakdown in front of everyone

In the forthcoming episodes of Ye Rishtey Hain Pyaar Ke serial, Meenakshi will breakdown in front of everyone while Abir will know that it is just an act.

So far in YRHPK story, Meenakshi-Kuhu's deal was revealed in front of everyone. Later, Varsha took Kuhu with her to Maheshwari house. Afterwards, Mishti decided to move to Mumbai with Abir and the baby.

Now as per the gossip twists of Yeh Rishtey H Pyaar Ke serial, Meenakshi will break down in front of everyone and will ask for forgiveness for her mistakes.

However, Abir will know that she is just acting like she feels bad for her mistakes and that she is doing so that he and Mishti don't leave the house according to the news update of Yeh Rishtey Hain Pyaar K serial.

Let's see if Meenakshi succeeds in her plan or not in the future episodes of Yeh Rishtey Hai Pyaar Ke serial.

© Copyright serialsindia.com, 2018, 2019, 2020. All Rights Reserved. Unauthorized use and/or duplication of this material without written permission from serialsindia.com is strictly prohibited.
Cached Saved on: Monday 6th of February 2023 06:13:00 AM