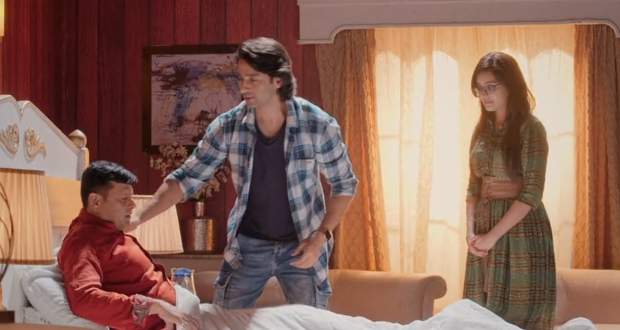 In the upcoming episodes of Yeh Rishtey H Pyaar Ke serial, Abir and Mishti will rush Mehul to the hospital after getting hurt from the goons.

Up until now in YRHPK serial, Mehul has arrived in Rajkot and is trying hard to meet his sons.

Meanwhile, Meenakshi is adamant to keep Mehul away from his family and has even given him a restraining order to not come near her sons.

Now as per the latest gossip news of Yeh Rishtey Hain Pyaar K serial, Mishti will give surprise to Abir on his birthday by making him meet his father.

Further according to the spoilers of Yeh Rishtey Hai Pyaar Ke serial, Mehul will get injured while fighting the goons and will be rushed to the hospital by Abir and Mishti.

© Copyright serialsindia.com, 2018, 2019, 2020. All Rights Reserved. Unauthorized use and/or duplication of this material without written permission from serialsindia.com is strictly prohibited.
Cached Saved on: Wednesday 1st of February 2023 08:31:47 PM