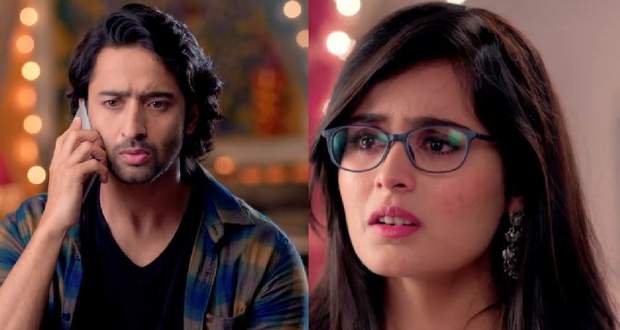 In the upcoming episodes of Yeh Rishtey H Pyaar Ke serial, Mishti will get in a dilemma when she will be asked to choose between her family and her love for Abir.

Up until now in YRHPK serial, Mishti and Abir confessed their love for each other and decided to tell Vishambhar and Rajshri.

Meanwhile, Kuhu is asking Varsha to put a full stop on Mishti’s love story by exposing her relation with Abir in front of Vishambhar and Rajshri.

Now as per the latest gossip updates of Yeh Rishtey Hain Pyaar K serial, Varsha will bring Vishambhar and others outside the house where they will witness Abir and Mishti romancing.

Vishambhar will fume in anger and will get disappointed in Mishti for having a love affair and hiding it.

He will further get inflamed by Varsha putting various allegations on Mishti. Mishti will have no choice but to choose between her love and her family according to the spoiler news of Yeh Rishtey Hai Pyaar Ke serial.

© Copyright serialsindia.com, 2018, 2019, 2020. All Rights Reserved. Unauthorized use and/or duplication of this material without written permission from serialsindia.com is strictly prohibited.
Cached Saved on: Saturday 2nd of July 2022 02:48:53 PM