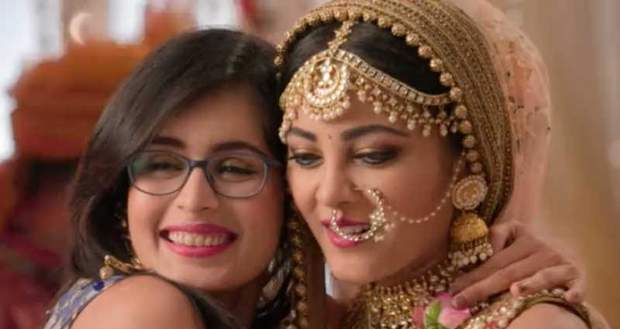 In the future episodes of Yeh Rishtey Hain Pyaar Ke serial, the viewers will witness a unique and special wedding of Abir and Mishti.

So far, in YRHPK serial, Kuhu slaps Mishti after the truth regarding her divorce with Kunal comes in front of Varsha.

Now, as per the latest update of Yeh Rishtey Hain Pyar Ke serial, Vishambhar will question Kuhu regarding her divorce. Kunal will ask for Kuhu’s hand to marry her again in front of both families.

Later, Kuhu on being instigated against Mishti by Jasmeet will ask Mishti to marry after her on her wedding day, according to the spoiler news of Yeh Rishtey Hai Pyaar Ke serial.

However, Mishti will decide to marry Abir in a special style which viewers will witness for the first time.

Let's wait for what happens next in the story of Yeh Rishtey Hain Pyaar Ke serial.

© Copyright serialsindia.com, 2018, 2019, 2020. All Rights Reserved. Unauthorized use and/or duplication of this material without written permission from serialsindia.com is strictly prohibited.
Cached Saved on: Sunday 22nd of May 2022 03:37:32 AM