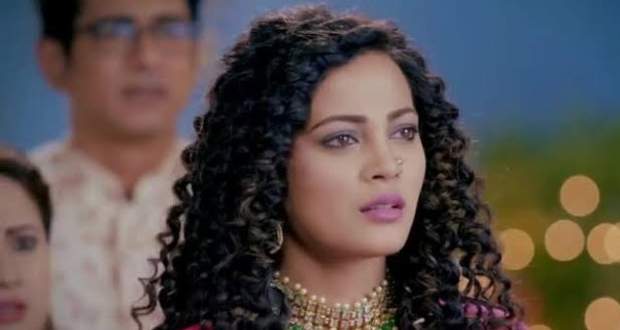 In the upcoming episodes of Yeh Rishtey Hai Pyaar Ke serial, Kuhu will try to demean Mishti in front of Abir and Kunal and will try to cross all her limits.

So far in Yeh Rishtey H Pyaar Ke story, Kuhu is the surrogate mother of Mishti-Abir’s child and they have taken up the responsibility of taking care of her. However, Kuhu is seeking revenge from Mishti and is throwing tantrums to insult her.

Now based on recent serial spoilers of YRKKH, Kuhu will plot against Mishti to instigate Kunal’s rage and will try to create a rift between Kunal-Abir’s relationship.

Further, she will try to convince Kunal that Mishti and Abir are irresponsible and are unable to take care of her unborn baby as per gossip updates of Yeh Rishtey H Pyaar Ke.

Later, Kunal will rebuke Abir and Mishti for the same.

Let's see if Kuhu succeeds in her endeavors of creating a rift between Kunal-Abir's relationship or not in spoiler twists of Yeh Rishtey Hain Pyaar Ke.

© Copyright serialsindia.com, 2018, 2019, 2020. All Rights Reserved. Unauthorized use and/or duplication of this material without written permission from serialsindia.com is strictly prohibited.
Cached Saved on: Sunday 22nd of May 2022 02:40:02 AM