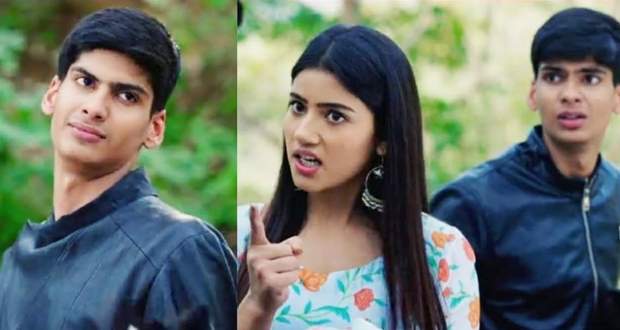 In the future episodes of Yeh Rishta serial, viewers are going to witness Luv-Kush seeking revenge on Trisha.

Up until now, in Yeh Rishta Kya Kehlata Hai serial, Luv and Kush are helping Naira in some tasks in the dance academy in order to impress her. Luv wants to teach Trisha a lesson to seek revenge.

Trisha after getting to know Luv-Kush behind changing script of Kairav and Vansh slaps Luv. Luv gets angry with this act of her and is leaving no stone unturned to hurt her, as per the latest update of YRKKH serial.

Luv- Kush will follow Trisha and make a viral video of her to berate her, according to the spoiler news of Yeh Rishta serial.

© Copyright serialsindia.com, 2018, 2019, 2020. All Rights Reserved. Unauthorized use and/or duplication of this material without written permission from serialsindia.com is strictly prohibited.
Cached Saved on: Wednesday 1st of February 2023 09:08:36 PM