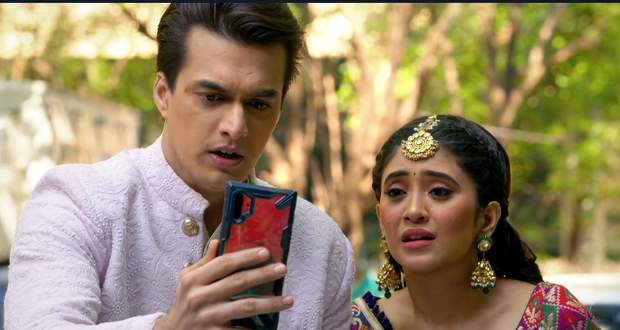 In the forthcoming episodes of Yeh Rishta Kya Kehlata Hai serial, Kartik and Naira will search and question the truck driver after which they will finally bring their children home.

Up until now in YRKKH serial, Kairav put Akshara in a box so that Krishna would get in trouble but his plan took a wrong turn as the box was shipped in a truck.

Afterwards, he also went after the truck to save Akshara and to fix his plan.

Now as per the gossip updates of YRKKH , the Goenka family will see that Kairav and Akshara are missing after which Naira and Kartik will set out to find them.

Later, they will inquire from the truck driver but will learn that their children are not in it. Further, they will decide to search the whole city and get a call after which they will reach the home with Akshara and Kairav.

Let's how Kairav will explain the truth to the family in the future episodes of Yeh Rishta Kya Kehlata Hai.

© Copyright serialsindia.com, 2018, 2019, 2020. All Rights Reserved. Unauthorized use and/or duplication of this material without written permission from serialsindia.com is strictly prohibited.
Cached Saved on: Saturday 1st of October 2022 08:50:17 PM