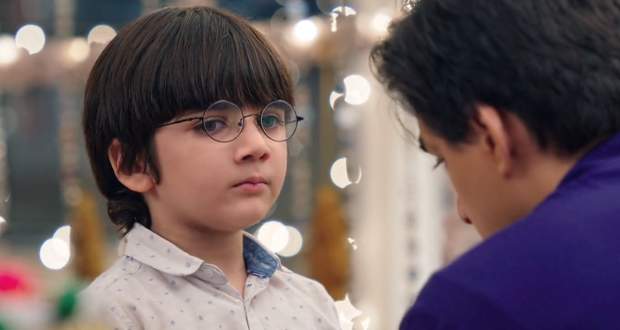 In the upcoming episodes of YRKKH serial, Kartik will crave to see his son and will sneak into Singhania house to meet Kairav.

Up until now in Yeh Rishta Kya Kehlata H serial, Naira and Vedika got into a huge argument wherein Vedika blamed Naira for spoiling her married life.

Poor Naira decided to leave Goenka house and is now staying with Kairav in Singhania house.

Now as per recent spoiler twists of Yeh Rishta serial, Kartik will miss his beloved son Kairav and will crave to see his face once.

He will decide to secretly meet him and will sneak into his room in Singhania house. They will further fall asleep on the couch while talking.

However, Naira will catch Kartik sleeping with Kairav and will get agitated with Kartik’s childish behavior according to the latest gossip news of Ye Rishta Kya Kehlata Hai serial.