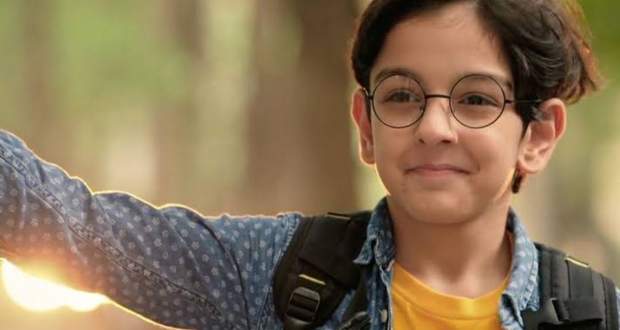 In the soon-coming episodes of Ye Rishta Kya Kehlata Hai serial, Kairav will be left alone in the Goenka house while the rest of the family will go to Singhania house.

The present story of Yeh Rishta Kya Kehlata H serial circulates around the naming ceremony of Kartik-Naira's baby where the baby was given the name Akshara. Meanwhile, Kairav is seen as being jealous of Krishna.

Now based on the latest twists of YRKKH serial, Kartik-Naira will go to Singhania house to surprise Kirti and Naksh. Upon reaching, they will wonder where is Kairav and Devyani will tell them that maybe he went to Krish's room.

However, it will be later revealed that they left Kairav at Goenka house all alone. Afterwards, Manish and Suhasini will again blame Krishna according to the upcoming twists of Yeh Rishta Kya Kehlata Hain serial.

Let's see what will Kartik and Naira do in the future episodes of Yeh Rishta Kya Kehlata Hai serial.