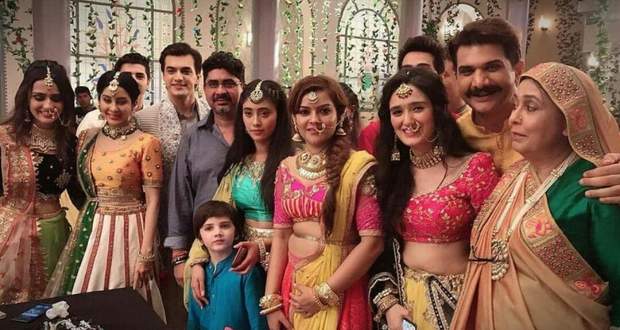 In the forthcoming episodes of Ye Rishta Kya Kehlata Hai serial, the Goenka will be expecting the arrival of Vansh and Kairav with a lot of happiness.

Up until now in Yeh Rishta Kya Kehlata Hain serial, Manish came back to his original self and the family is celebrating the Naam Karan ritual of Kartik-Naira's baby girl.

Now as per the gossip twists of Yeh Rishta Kya Kehlata Hai serial, the family will be anticipating Kairav's arrival with a lot of eagerness.

Later, Kartik and Naira will want to pick up Kairav from the airport but Dadi will refuse let them leave the house before pooja. The arrival of Kairav is sure to bring a lot of drama according to the spoiler news of YRKKH serial.