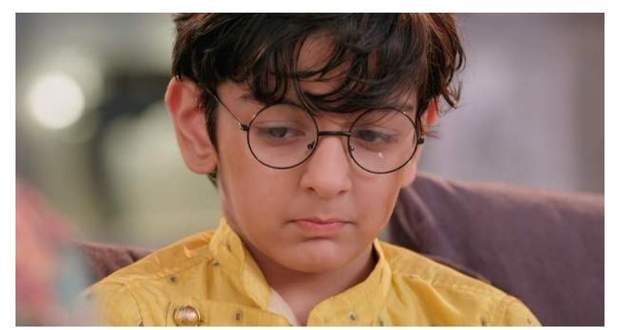 In the forthcoming episodes of Yeh Rishta Kya Kehlata Hai serial, the police will hold only Kairav responsible for the attempt to murder case of Aditya.

So far in YRKKH serial, Kairav and kids decide to meet up with Aditya as a part of their plan to reunite Naksh and Kirti.

However, upon meeting Aditya tried to take Krish forcefully with him after which the kids tried to stop him and accidentally pushed him off the stairs.

Now as per the gossip news of Yeh Rishta Kya Kehlata Hai serial, the police will take Aditya's statement after which they will talk to kids and will take their statements.

Further, the police will go over all the statements and will hold only Kairav responsible for pushing Aditya off the stair according to the future news of YRKKH serial.

Let's see how will the Goenka family react to this in the future episodes of Yeh Rishta Kya Kehlata Hai.