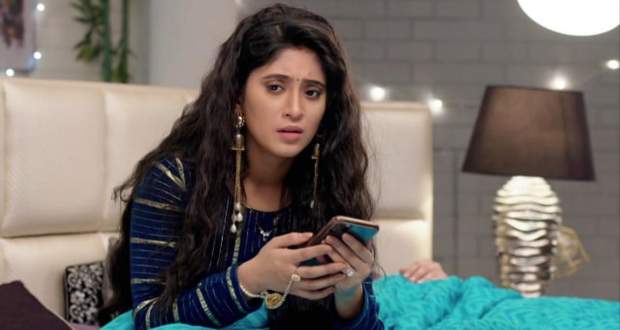 In the forthcoming episodes of Yeh Rishta Kya Kahlata Hai serial, Naira will get suspicious of Krishna and will suspect that Kartik is present at her house.

Up until now in YRKKH story, Kartik and Naira could not keep Chori aka Krishna but vowed to always be there for her. Later, during Naira's Godh Bharai, Kartik gets a call from Krishna to come to her rescue and Kartik goes to rescue her and later goes missing.

Now as per the spoiler update of Yeh Rishta Kya Kehlata H serial, while Naira is looking for Kartik, she will go to Krishna's house and suspect that she is lying to her about Kartik.

After leaving the Goenka house secretly, her first destination to find Kartik will be Krishna's adoptive house according to the gossip twist of Yeh Rishta Kya Kehlata Hai serial.

Let's see what happens next in the future episodes of YRKKH serial.

© Copyright serialsindia.com, 2018, 2019, 2020. All Rights Reserved. Unauthorized use and/or duplication of this material without written permission from serialsindia.com is strictly prohibited.
Cached Saved on: Sunday 5th of February 2023 04:06:51 AM